Text and photos by Mikko Höök and Erik Peltola

While starting up the computer in the morning only requires pressing a button, starting up a trainee’s brain requires a big cup of coffee. And no wonder, because unlike the computers, our brain have barely gone into sleep mode – even during our free time we’ve been thinking about the next steps in building VR Pavilion Finland 2.0.

“Okay, it’s working!” one of says into the microphone.

The next step is testing how to break it.

Once the testing is complete, it really works – although the coffee has gone cold. But no mind, even cold coffee is enjoyable.

One of us, Mikko, had already worked on VR Pavilion Finland for Match XR 2020, meaning it is kind of his baby. However this baby didn’t come out perfect, so we set to fix it up based on feedback from both visitors and the team. On the other hand, Mikko had both knowledge of the project, and had accumulated more skills over the past year, so it was much easier to start the work from further than square one.

Firstly we made both VR Pavilion Finland and Aurora Amphitheater smaller. In the grand world of metaverse this might sound counterintuitive, yet bigger is not always better. Since every instance in AltspaceVR can also fit a limited amount of users, you should not be building a space that can fit thousands of people. Rather build one where even 30 feels like a crowd, not a deserted island.

The other big task was optimizing the environments. While big screens with high-resolution videos might look awesome on a monster PC, they might make the experience for Oculus Quest users annoying at best and unbearable at worst. So we had to balance between grand creative visions, and the space being user-friendly. In the end, we managed to get the size to one third(!) of what VR Pavilion Finland 1.0 had been.

Lastly, we made sure the space was more pleasant to visit and use. Veli-Matti Järvelä, who worked on the Pavilion last year, provided us with great new visuals, giving the space a much-needed face lift. We also made changes in usability, most notably the portals: where in the 1.0 space all the portals were taking up space in the Pavilion, they are now worked into a handy navigation menu. Don’t forget to visit our Partner Worlds!

We also knew there was a monster update coming to Altspace in October – one that had the chance of breaking almost everything we’d built. But, since we were prepared, ultimately the changes we had to make after the update only took days, not weeks.

And so, VR Pavilion Finland 2.0 is ready to go!

VR Pavilion Finland, before and after

Below you can see screenshots of the VR Pavilion Finland and Aurora Amphitheater! Those who visited the spaces for Match XR 2020 are up for a pleasant surprise in how the space has changed. 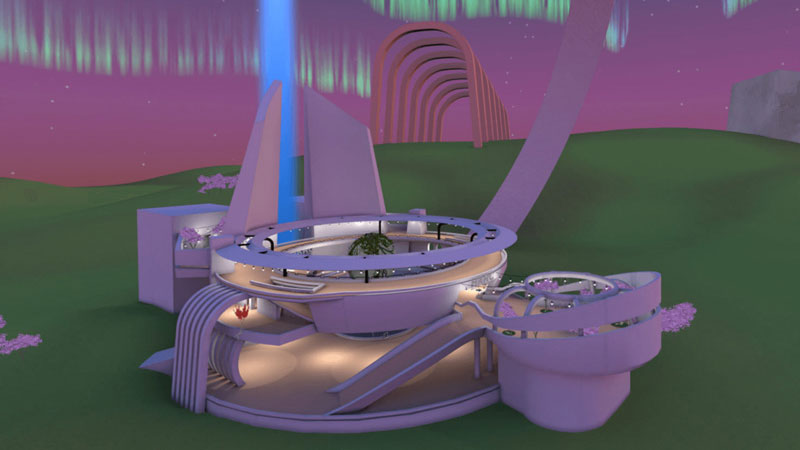 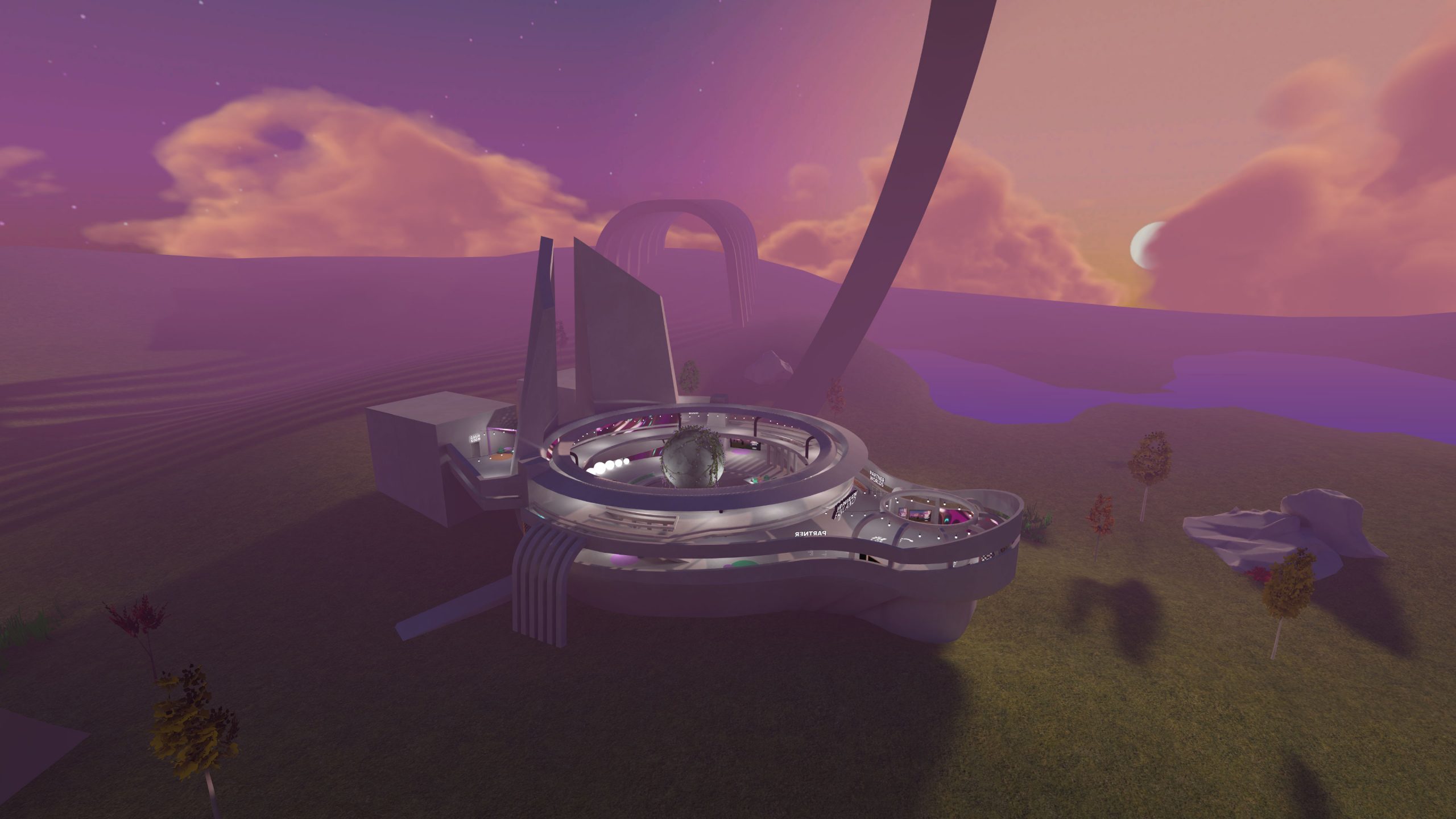 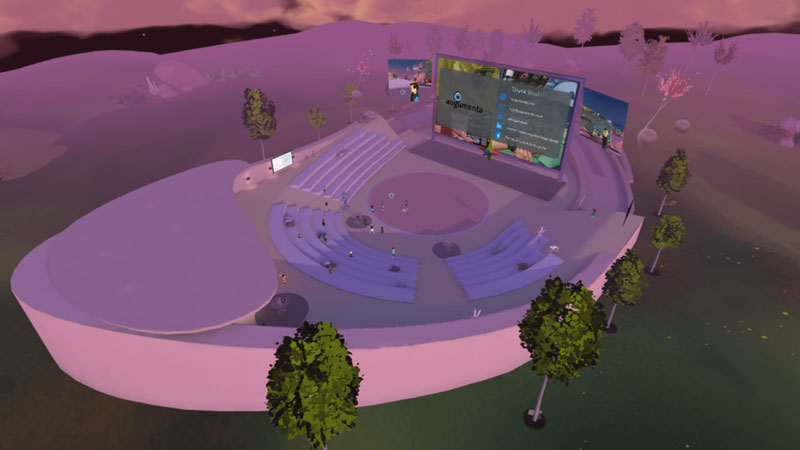 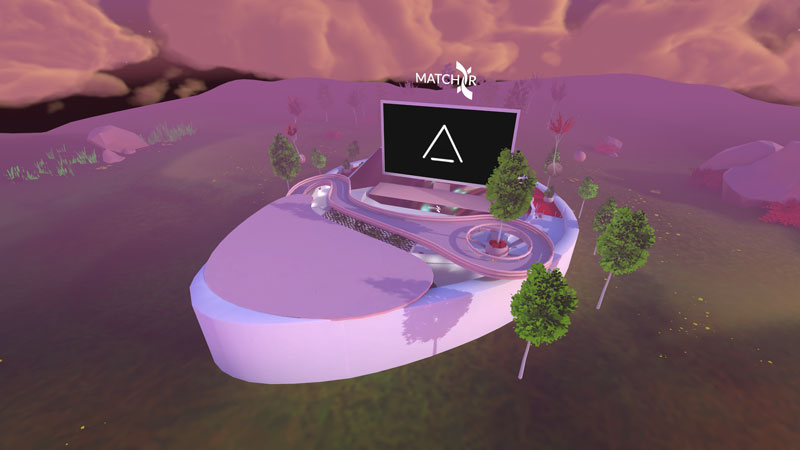 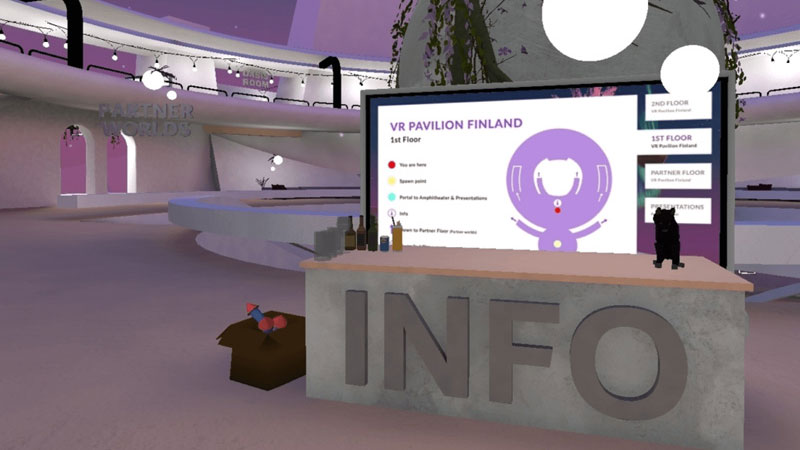 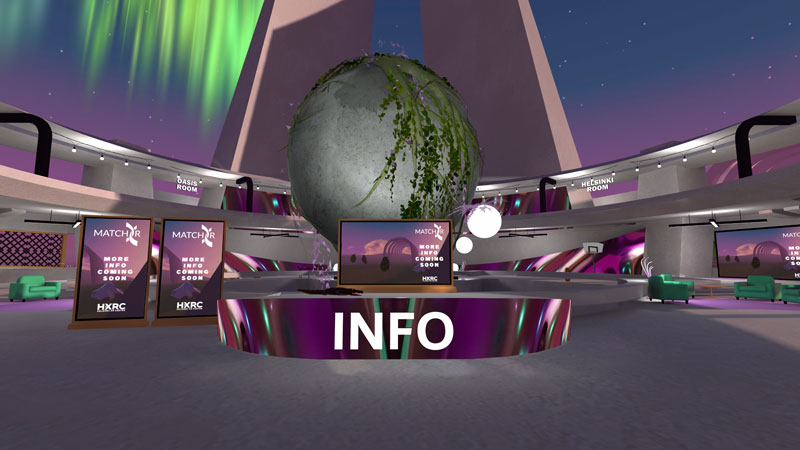 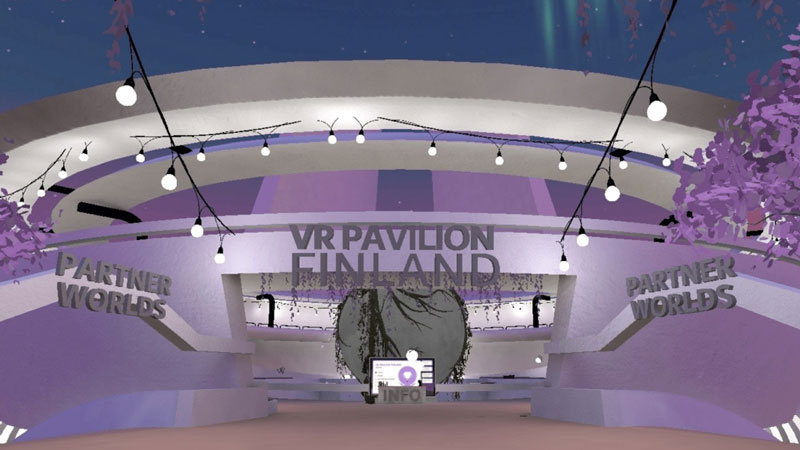 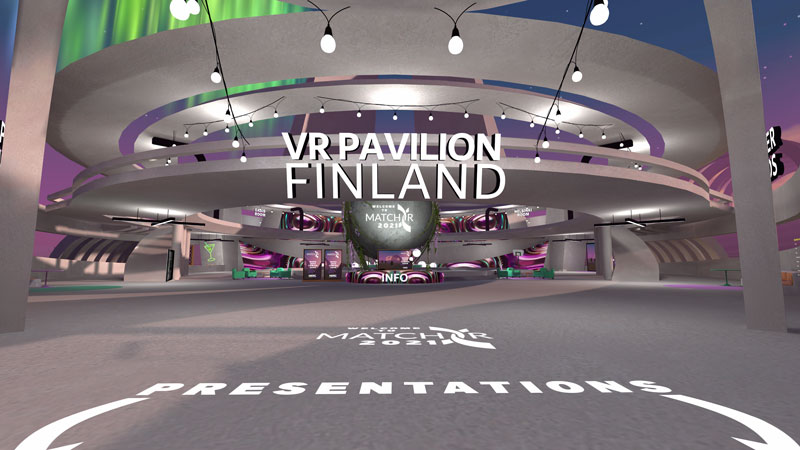 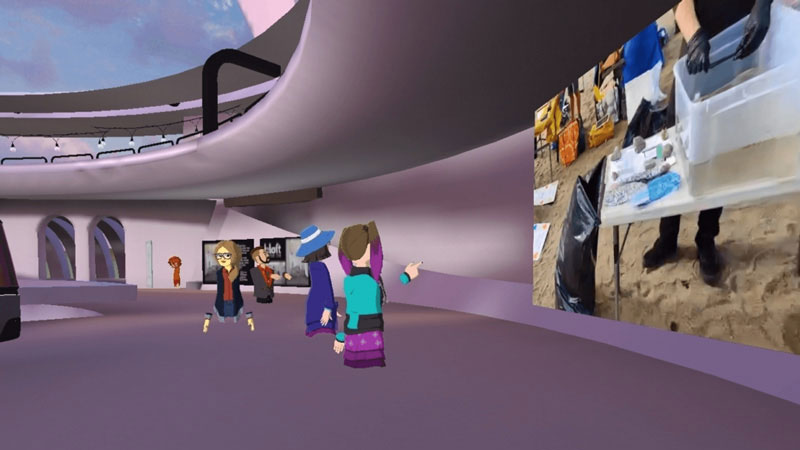 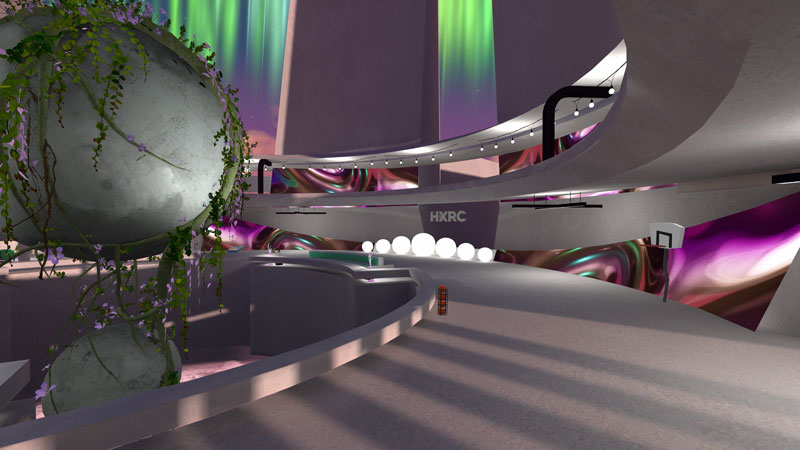 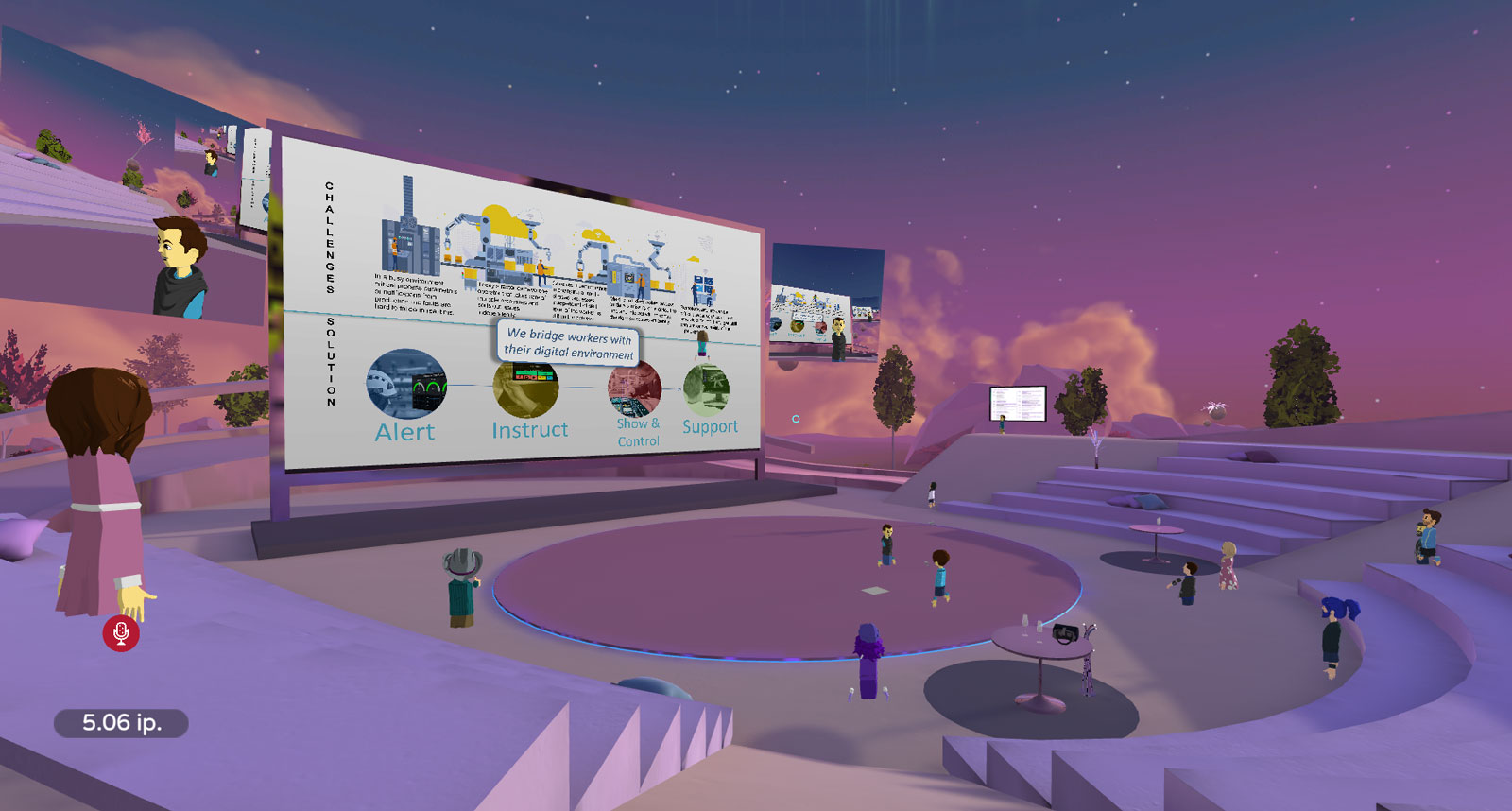 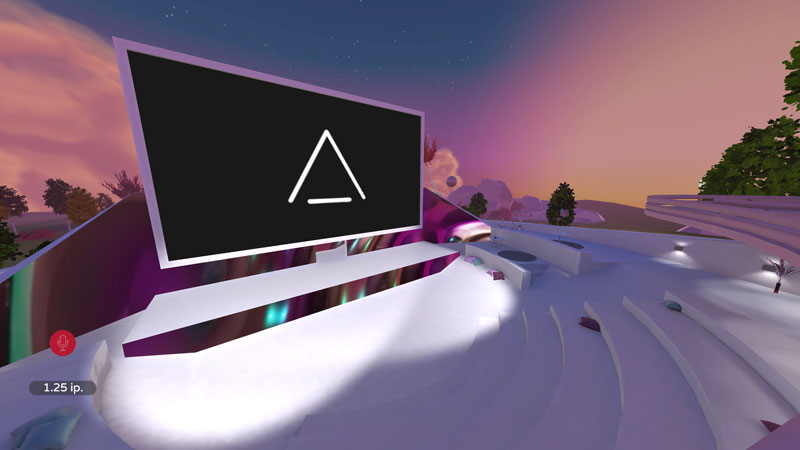 Along with updating the VR Pavilion Finland, we also created a new space called Virtual Trade Show. The idea was to provide a space that companies and organizations could customise and then use for networking or showcasing their projects.

What was born was a cozy space inspired by the Finnish nature. We built in a gallery space, a presentation area, and a place to throw basketballs and chill with your coworkers or partners. For smaller companies that don’t need networking space, there is a second version that mainly works as a showcase.

Check out pictures of the Virtual Trade Show space, and an example video made with flyAR materials below! 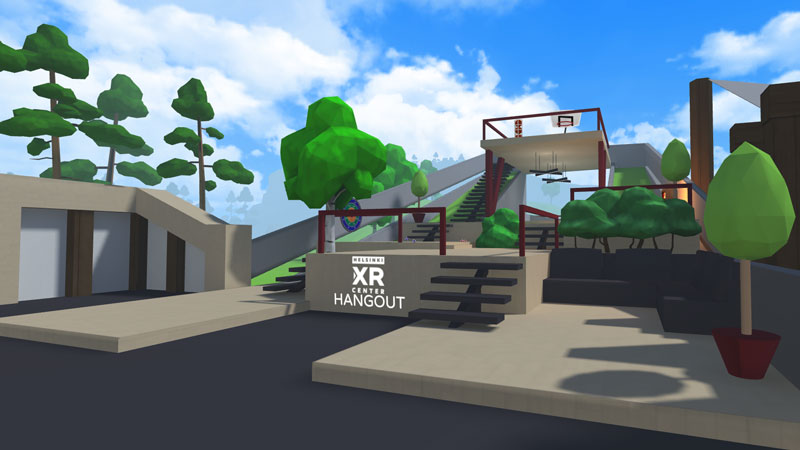 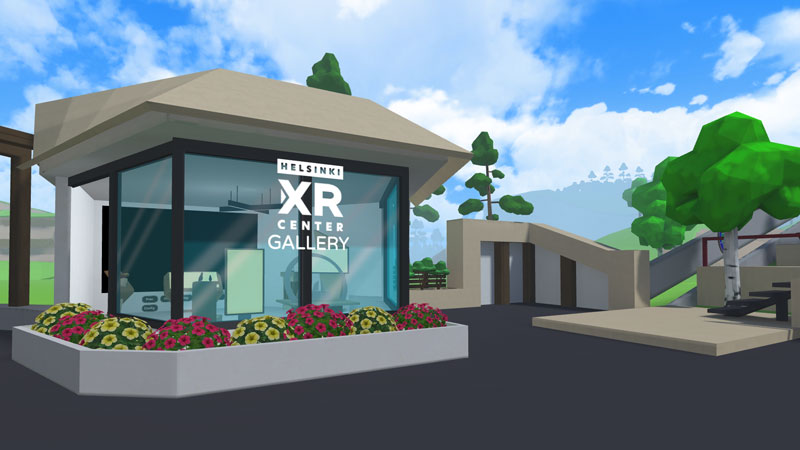 Creating virtual spaces is rewarding work. It contains both small changes and long-term projects, both challenges and feelings of success. The best thing has been to see how the spaces turned out, and compare them to both the previous spaces and the plans we made at the start of the summer.

Making the VR Pavilion Finland 2.0 and the Virtual Trade Show space has felt like building a log cabin. We’ve done work one log at a time, until the cabin is ready and we can put down our instruments. There is a melancholy to finishing the project: we feel like we could have worked on it for another three months!

Editor’s note: Mikko Höök had the opportunity to join the Helsinki XR Center Team, and will be working with us as a Technology Expert, leading the new generation of trainees. Welcome on board, Mikko! 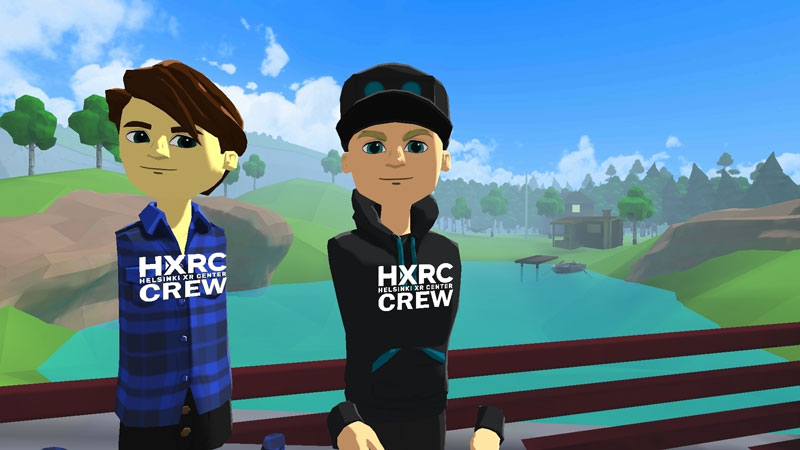