In Match Up – XR event hundreds of professionals of extended reality got together on the Creative Campus of the Metropolia University of Applied Sciences in Helsinki on 20 November. The annual Slush pre-event offered international keynote speakers, dozens of virtual reality (VR) and augmented reality (AR) demonstrations and an opportunity to have short 1-on-1 meetings between guests in Matchmaking sessions. 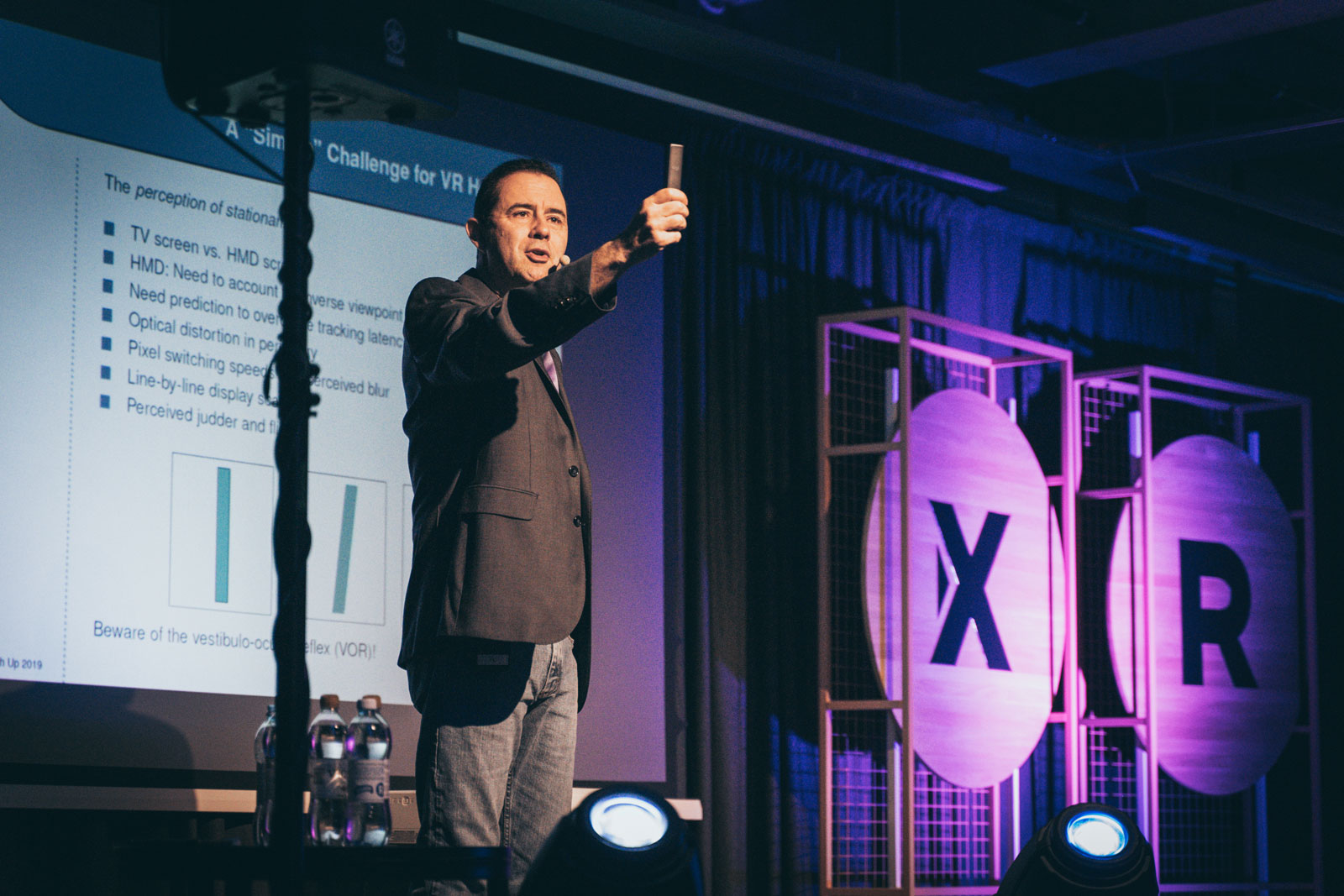 The focus of the event was on networking: Finnish XR professionals had a chance to network more extensive than ever before. In addition, several international guests arrived at the venue. New VR and AR applications were displayed at 37 demo booths, and several operators had presentations at the FIVR Stage, which was dedicated to customer cases. Matchmaking sessions gathered over 120 persons in 1-on-1 speed business meetings. 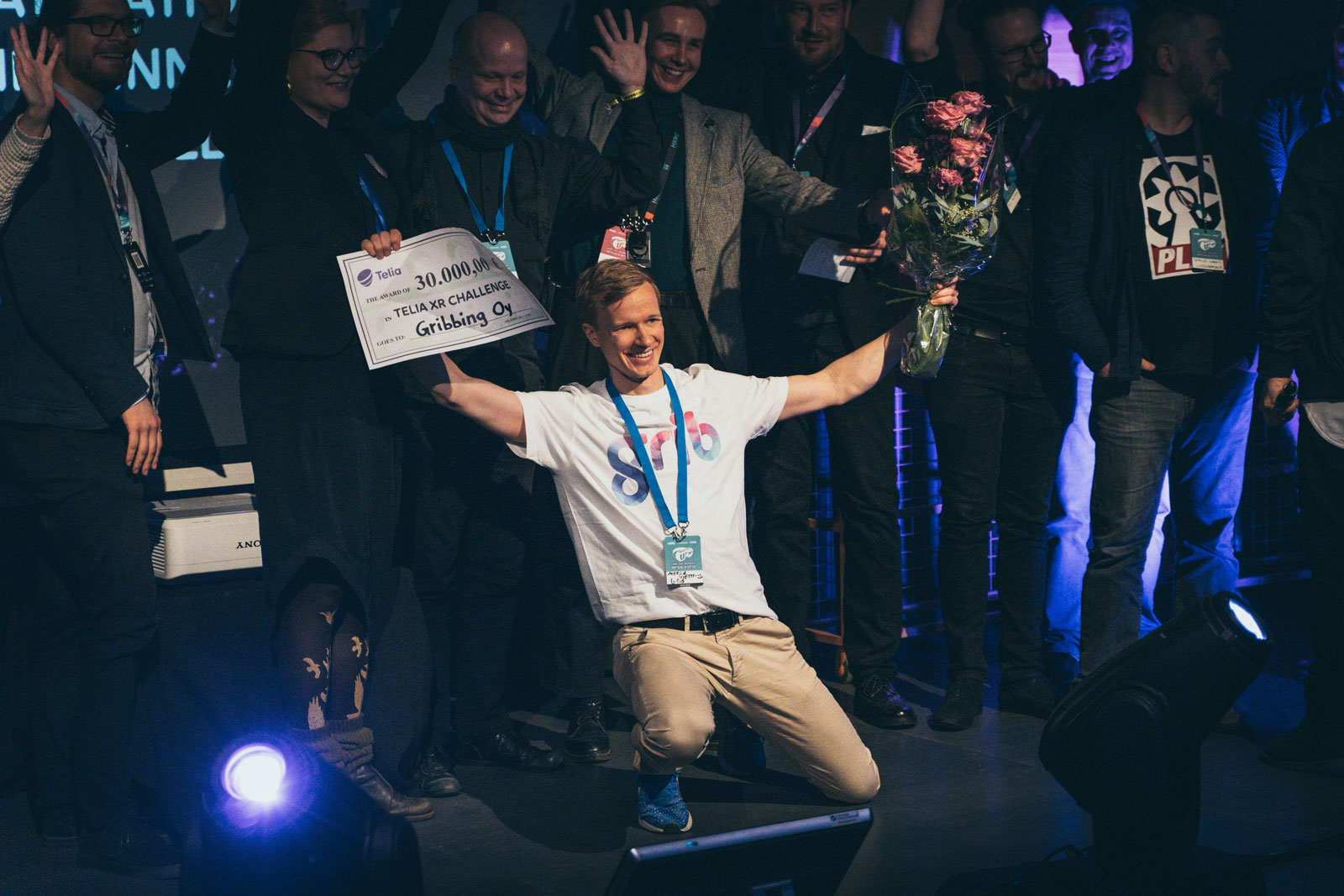 Telia’s XR Challenge took place on the main stage – there were six innovative pitches, and after a tough competition, the jury announced the idea of Gribbing Oy, Grib x Telia, as the winner. With Grib x Telia, users may easily create 3D content with their mobile phones. The idea was innovatively fitted to AR by Telia Finland. Gribbing Oy convinced the jury with its idea and suitability to the masses. Gribbing received a prize of EUR 30,000 and an opportunity to cooperate with Telia Finland throughout the Nordic and Baltic region. 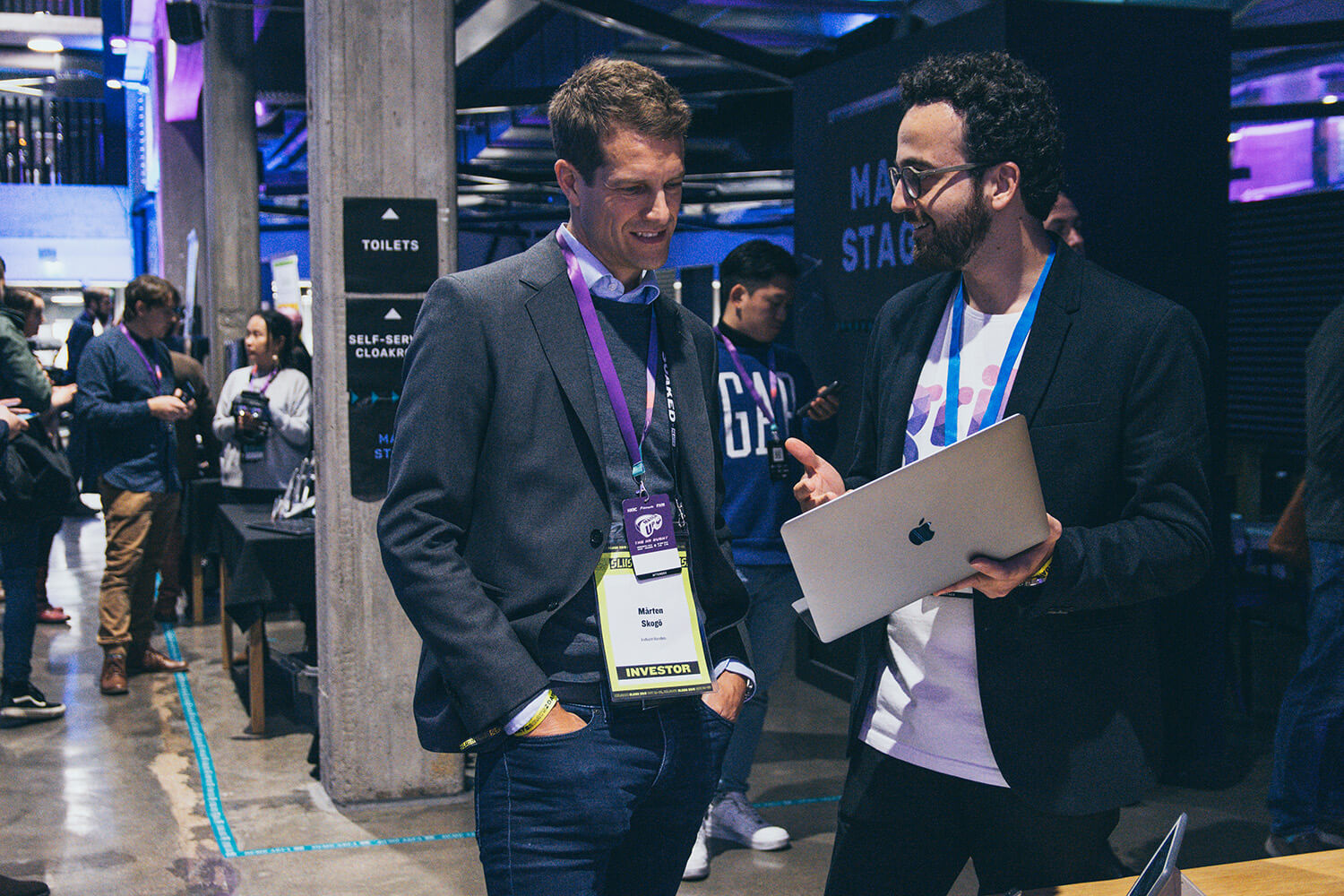 One of the objectives of HXRC is to help new startup companies by providing workspace and devices. Furthermore, HXRC aims to be the largest XR networking hub in the Nordics.

Match Up – XR event was a great example of how big positive impact HXRC has on the Finnish XR.

– Tiina Vuorio, the leader of HXRC. 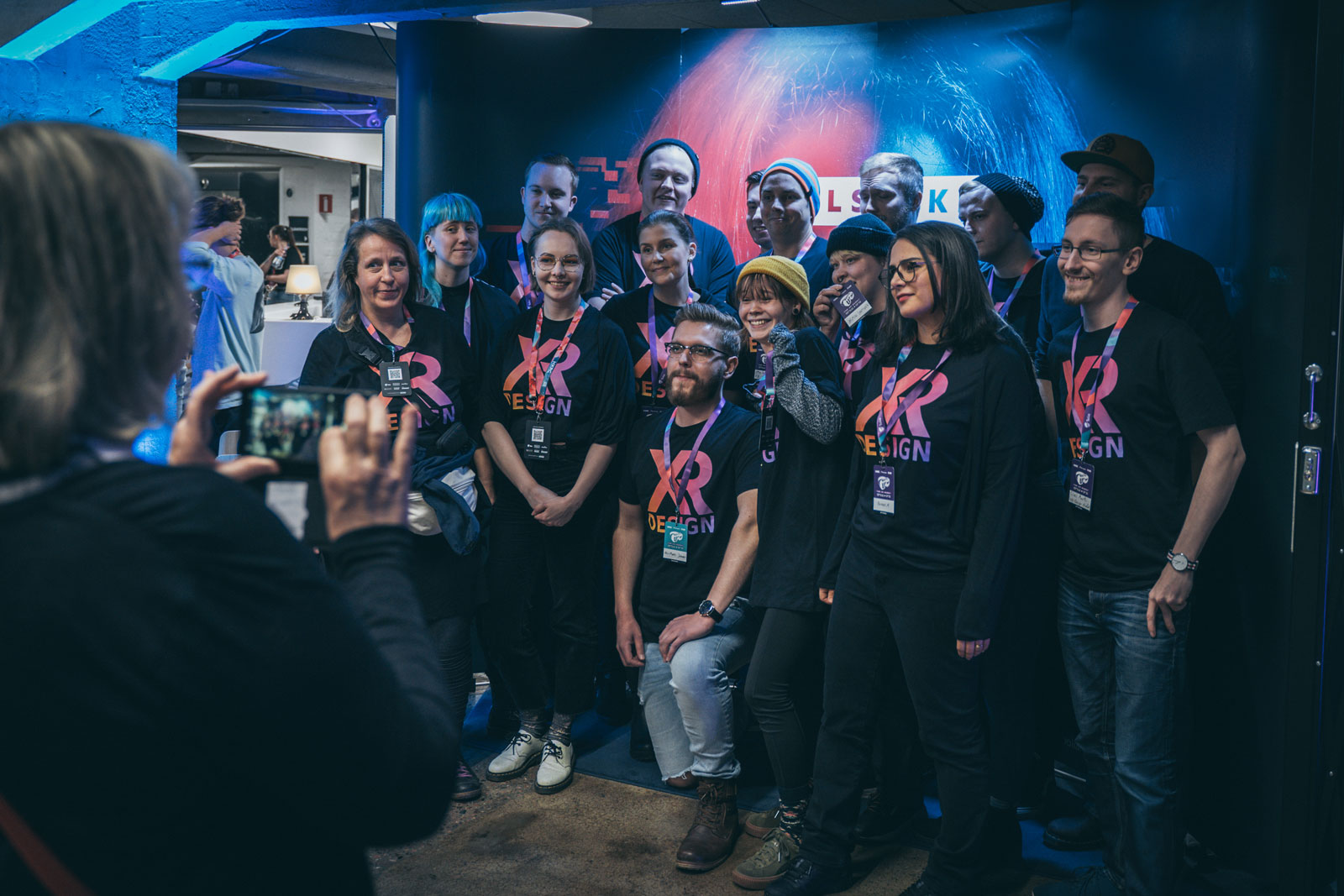 Although extended reality is not a new invention, the market is growing. Virtual reality devices have been used in industry, medicine and army training since the 1970’s. Nowadays, technology has improved from the early days of XR so that consumers can buy great headsets to enjoy VR gaming and other entertainment at home. And as the prices of VR devices decrease and the mobility within the VR environment increase, more people buy more devices. While consumers are still waiting for a killer VR app, Half-Life: Alyx might prove to be just what they are waiting for.

In 2019, eleven VR headsets have been already released, and one of them is by Finnish company Varjo. Additionally, there is hype around new AR glasses, such as Microsoft Hololens 2, and whatever Apple is planning to release in a few years.

According to the latest forecasts by IDC, over the next four years, consumer spending in XR will increase by 69% and industry spending will increase even more, 134%, for the next four years. The effects on GDP will be great, and according to PwC, next to UK and Germany, Finland is one of the countries in Europe seeing the largest positive effect between now and 2030. Taking these forecasts into account, it is extremely important to move the Finnish industry forward by collaborating within Finland and by bringing our excellent products and knowledge abroad together as a combined force of Finnish XR industry.

Undoubtedly, there is a demand for events such as Match Up – XR event in Finland in order to stay on the top in the field of XR globally. The planning of Match XR 2020 is underway: The event info will be released later.

The main organizer of the event was Helsinki XR Center (HXRC), Metropolia University of the Applied Sciences and FIVR (Finnish Virtual Reality Association). This year the main partner was Telia Finland. 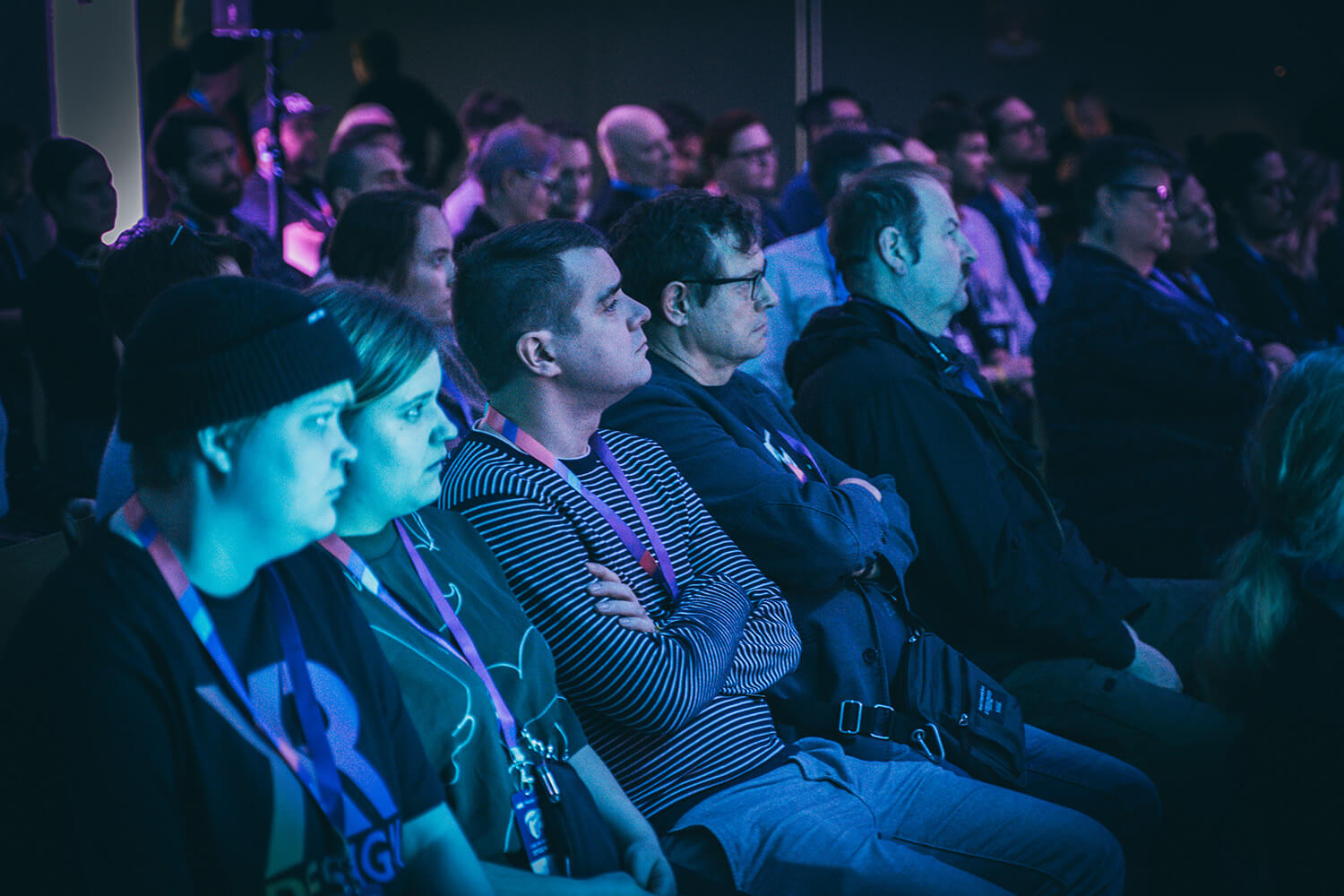