We have designed and created our project based on capturing and integrating stereoscopic video in virtual 3D scenes.
Chroma key shooting technique is widely used in movie-making but applied to virtual reality it becomes a new and rather complicated process.

Such as 3D video shows a real actors in a virtual environment instead of animated 3D models.

This allows us to create amazing virtual content, both fantastic and realistic in the highest quality, unattainable in other techniques. 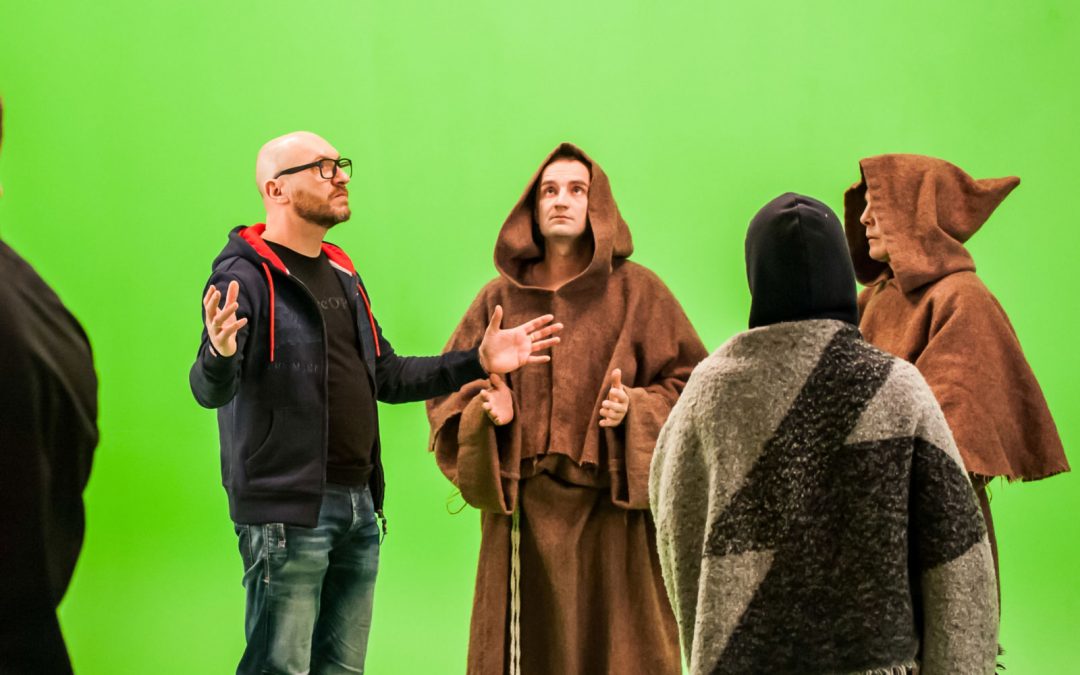