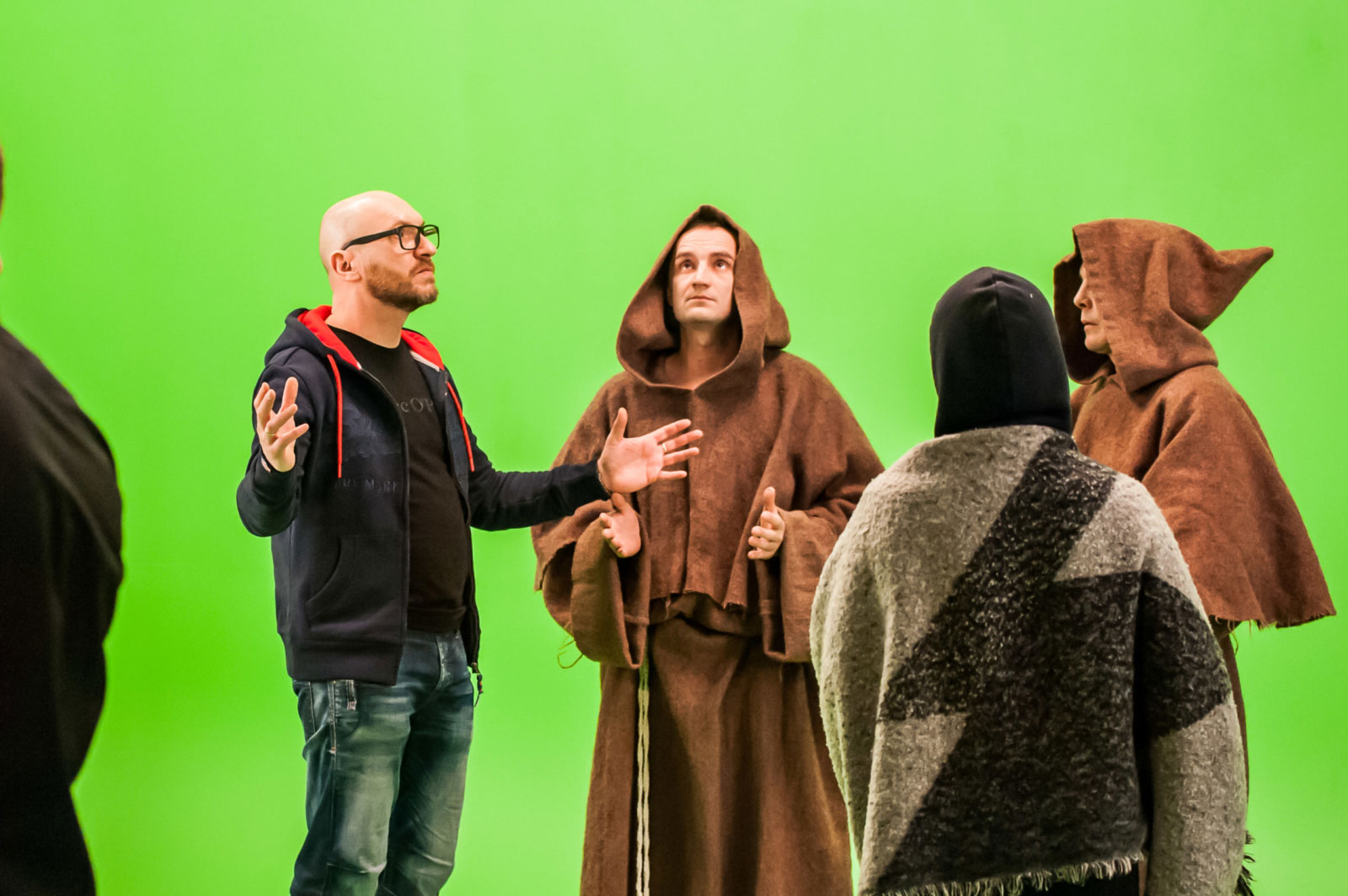 This time we have the pleasure of introducing AXiiO Oy, also known as AXiiO VR Studio!

We are AXiiO Oy (AXiiO VR Studio). AXiiO Oy was founded in November 2019, but before that we were an independent project called TheaterVR, in action since 2017.

AXiiO VR Studio is a unique project combining cutting-edge 3D technology with live actors performing in Virtual Reality (VR). Our production focuses on storytelling in VR — narrative films and animation for all ages. The main style of our feature VR projects is a synthesis of theater and cinema in virtual reality.

We have designed and created our project based on capturing and integrating stereoscopic video in virtual 3D scenes.

Chroma key shooting technique is widely used in movie-making but applied to virtual reality it becomes a new and rather complicated process. For example, a 3D video shows real actors in a virtual environment instead of animated 3D models. This allows us to create amazing virtual content, both fantastic and realistic in the highest quality, unattainable in other techniques.

The business idea is based on combining VR technology, 360 video technology and the film/theater experience commercially in both the consumer and corporate markets.

With the technology applied in AXiiO, the audience gets experiences by immersing themselves in a virtual reality storytelling environment. The result is an entertaining, realistic and emotional experience. Utilization of virtual reality is on the rise in Finland and around the world. However, VR technology is currently mostly used in the gaming industry, although it has a lot of potential in the film production.

Interest in new artistic experiences is constantly growing and AXiiO VR Studio can offer for this new market a high-quality VR-projects.

Graduated from the Petrozavodsk State Conservatory/High school acting in 2002. For more than 15 years she has been the leading actress of the National Theater of Karelia. From 2013 she is an actress FIA, freelancer. Elli participated in various international theater and dance festivals and projects in Russia, Germany, Finland and Sweden. Starred in films and TV shows in Russia and Finland. Currently engaged in producing theater and VR projects in Finland. Chairperson of InterLab NGO.

Currently residing in Espoo, Finland, Oleg is the creator of a wide range of projects from stage performances and multimedia, to TV show and virtual reality projects. Oleg has over twenty five years of experience in directing theatre and shows in Russia, France, Greece, Germany, Switzerland and Finland.

For the past three years he has been working on VR projects (TheaterVR): 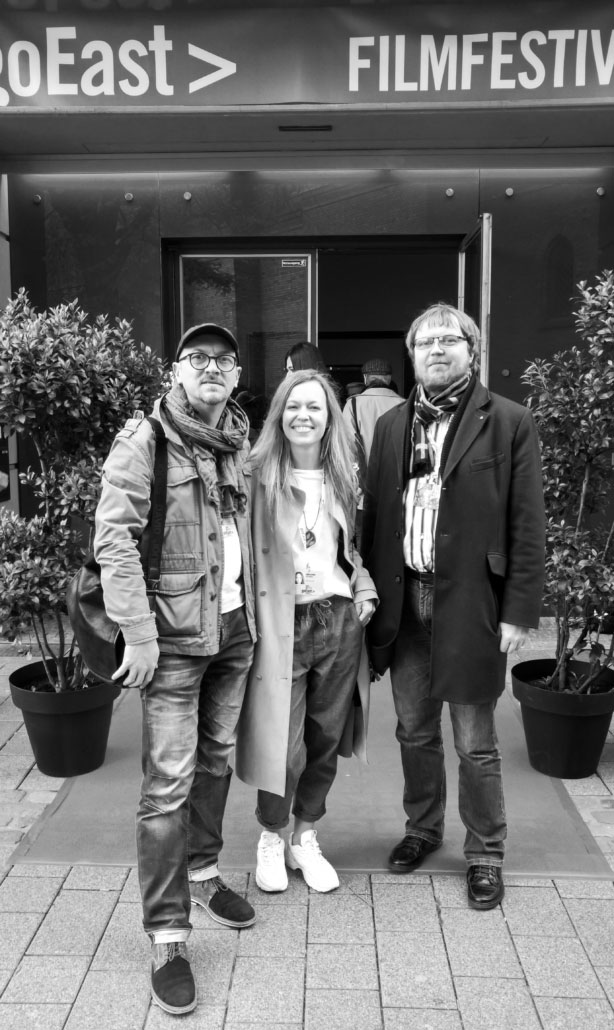 What project(s) are you currently working on?

Because of networking, inspiring, contacting and sharing thoughts and ideas with XR-artists and developers, professionals and entrepreneurs. Also Helsinki XR Center is a very good support partner in our projects!

Our team TheaterVR existed from 2017. In September 2018 we made our first big interactive VR-project Kalevala.Episodes. We’ve joined the Helsinki XR Center Hub in May 2019.

As a part of the XR Hub, with the support of Helsinki XR Center, during this time from May 2019 we made two art projects: Forgotten kiss (premiere in Helsinki in September 2019, world premiere in April 2020 at Tribeca 2020) and The Cat’s Winter Tale (world premiere May 2020, GoEast Festival, Germany).

Our position on the XR developer scene has become stronger and clearer!

During our time as a part of the XR Hub, we established our own company AXiiO Oy (in November 2019). We have also launched a new VR project Stella Maris with great russian musician Boris Grebenssikov.

Virtual Reality for us is a unlimited new space and opportunities for creativity and the development of new ideas.

AXiiO is one of the first VR production in Finland making VR films and art projects selected and awarded at international VR festivals. 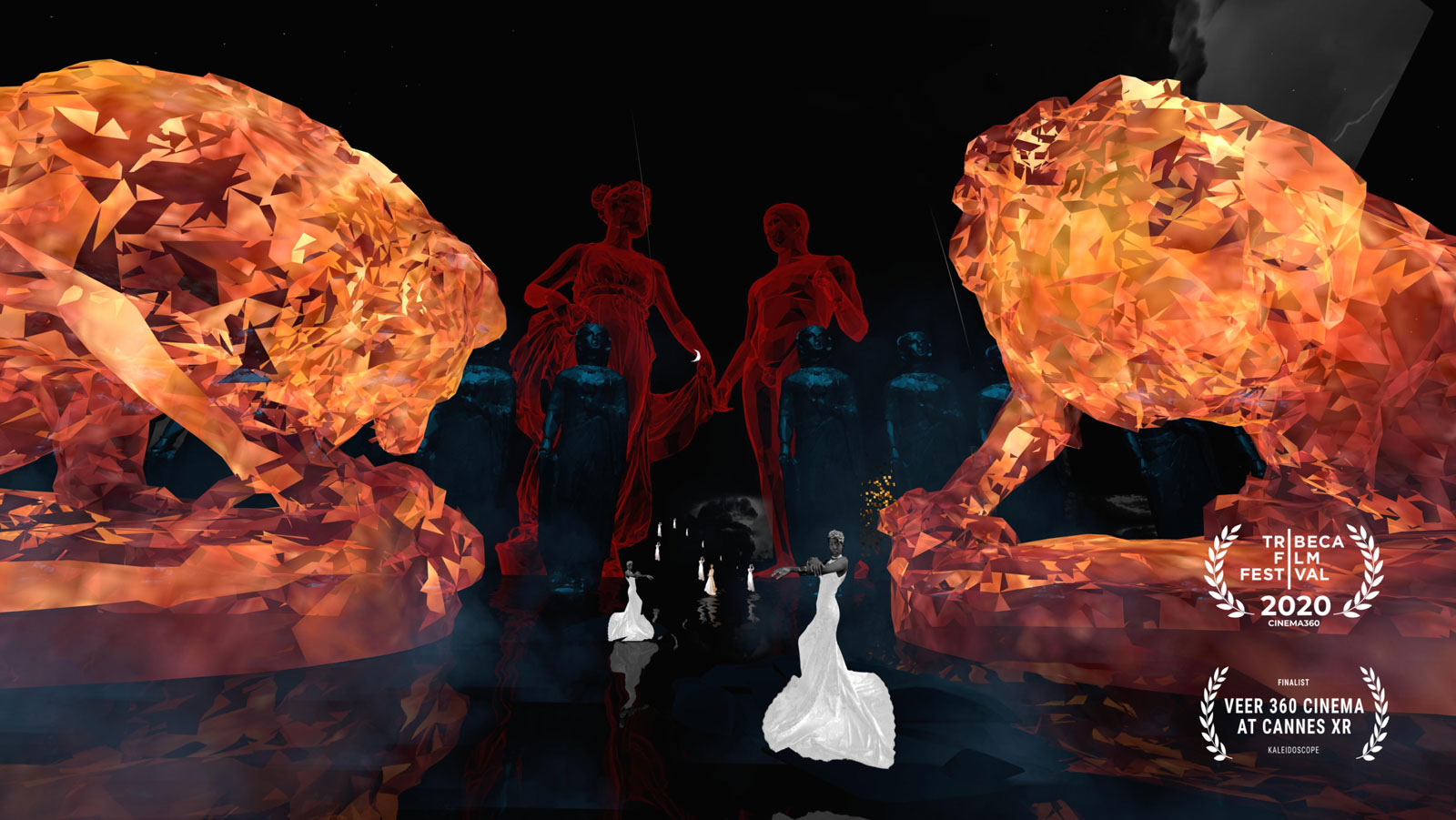